As anyone who knows me is aware, I’m not a particularly big fan of Christmas – which really means I can’t stand it – for a number of reasons, which chiefly involve me hating it as a religious festival because I’m an atheist, and hating the commercial aspects (specifically the buying and giving of gifts) because… well, let’s just say I think Charles Dickens probably had access to a time machine, and actually based the character Ebenezer Scrooge on me. This year, I decided the best way to avoid Christmas Day itself was to pop over to The Brecon Beacons for a nice little walk. (I do this on a semi-regular basis, trying to pop over at least once every month so, in fact, my Christmas Day walk was actually my December walk).

I wasn’t able to walk as far on Christmas Day as I normally would, only managing 9.2 kilometres, for a few reasons:

What all this is leading up to is the photograph I took at the furthest point from the car park – the point at which I decided to turn around and walk back. It sums up my feelings about Christmas quite nicely, I think. This is that photograph: 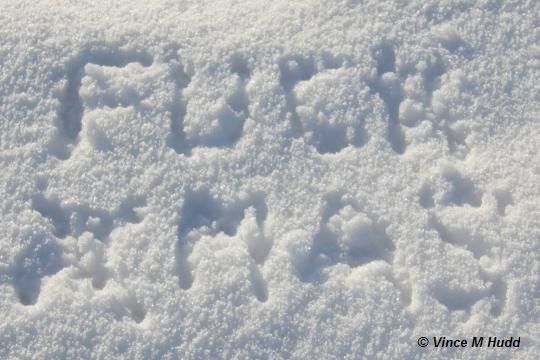