I’m a science fiction loving geek and, while I love all sorts of science fiction, I’ve a particular fondness for apocalyptic and post-apocalyptic material. I don’t know why that is, although I’m sure there must be some deep psychological explanation for it. However, whatever the reason, it’s a plain and simple fact: I like stories in which the human race has been brought to its knees and all but wiped out.

I’ve also always loved horror, and I can well remember staying up late as a child to watch the old double bills of classic horror movies – and as a young teenager I saw quite a few of the so-called video nasties that were subsequently banned. Um. Yes. As a young teenager. Good parenting there, then, obviously. Here’s the thing, though: I’ve turned out to be a well balanced adult who doesn’t go around killing people. However, I’m digressing slightly. 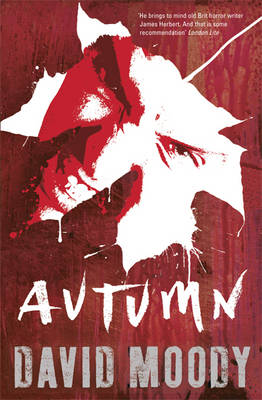 I can’t remember when it was exactly, but it was obviously sometime in the very early 1980s when I saw a couple of films which pretty much changed everything for me when it came to horror. Those films were Zombie  Flesh Eaters and George A. Romero‘s Dawn of the Dead – both dealing with the same thing; the dead walking and attacking the living. I can’t remember for certain which I saw first, but I suspect it was Flesh Eaters – mainly because I’m sure the shot of the bridge at the end was a jaw dropping moment for me, when I realised that these zombies weren’t just on the island, but everywhere. That image seems to stir in me a strong memory that suggests it was the moment I realised that the zombies could be part of an apocalypse, rather than just the usual monster du jour.

Whether that memory is correct or not, whether it was Dawn or Flesh Eaters I saw first, the upshot is the same: these films showed an apocalypse – but in what I, and most people I knew, thought were supposedly horror films. With these zombies, horror had effectively crossed over into my favourite sub genre of science fiction.

Equally importantly, they were pretty much the same creatures in both; these could have been different stories depicting the same apocalypse. (It was much later that I was to discover that Flesheaters’ was originally titled Zombi 2 in Italy, with the intention of releasing it as an unofficial sequel to Dawn, which had been released there as Zombi – as well, of course, as the fact that Romero had made the seminal Night of the Living Dead, which back then I had yet to see.)

Consequently, with a love of horror and science fiction, and a certain fondness for apocalyptic material, the zombie quickly became a firm favourite.

Fast forward a great many years, to just a few short years ago.

While searching for something new to read, I happened upon the website of a chap called David Moody. It turned out that David had written a book depicting the beginnings of a zombie apocalypse, called Autumn, along with a number of sequels – and people seemed to like them. Better still, that first book could be downloaded free of charge. So, as you might have guessed, that’s what I did.

It tells the story of a group of survivors, struggling in the face of the rise of the dead, in a way that differs from the others I’ve read – both in the apparent cause, which can never be fully explained in a story in which it takes the world completely by surprise, and the eventual rise of the dead; in Autumn, the dead don’t just rise and attack the living, not at first – it gradually builds up to and reaches that point. That build up is what, for me, made it different, and undoubtedly contributed to the fact that I found it a very enjoyable read.

I immediately decided that I’d quite like to get my hands on the sequels (and buy Autumn itself as a proper book – to me, there’s something more ‘real’ about a book when it actually is a physical book) and discovered that, although I could have purchased them when I downloaded the PDF of Autumn, once I’d finished reading it I couldn’t – they were no longer available. I’d found Autumn just in time to see everything change. They had been withdrawn pending a re-release through a major publisher (amongst other things).

Since then, I’ve read – and very much enjoyed – two other books of David’s, which aren’t part of the Autumn series – Hater and its first sequel, Dog Blood. While these books aren’t about zombies, per se, they aren’t hugely removed from them. The protagonist of Hater and Dog Blood is very much alive, as are all the others like him, but there is an obvious similarity between these people and zombies – so if you can imagine a zombie being able to think and reason as we do, but still barely able to control his urge to kill, then you’re starting to find yourself in the right ball park.

I’ve had the republished Autumn on ‘pre-order’ at Amazon ever since it first appeared, but there wasn’t an official release date, only a speculative one on Amazon’s part. Well, finally, there is light at the end of the tunnel. The re-release (just like the end of the world) is nigh. (The end of October is close enough for me to call it nigh, isn’t it? Yeah, I reckon so.)

I’m looking forward to getting my hands on a copy even though (as I’ve said) I’ve already read it – and technically, I do actually now own a (signed) copy, but I’m not counting that. I fully intend to read it once again, and I can’t recommend it more.

David himself asks that people ‘spread the infection‘ – his own tag line from when the books were originally published – and as a very satisfied reader, I’m more than happy to do just that.